What about sharks in Cape Town?

“Are there sharks in here?” to which my answer, “No no they don’t come this close to shore, no worries.’ relieves the look of fear, from their faces.

Growing up along the sea side of Cape Town’s coastline all my life, I’ve never troubled my mind too much with the thought of great whites swimming alongside me or perhaps below where I cannot see. It’s something you grow up with, you become accustomed to it. I realised however that my answer may be too short for foreigners who perhaps watch too many Great white shark movies ;), So I’ve done some research for those still left in doubt.

Cape Town’s official website states, “Despite the odds being low that you will encounter a white shark while surfing, diving or swimming, any marine recreation activity along South Africa’s coastline carries the risk of an unplanned encounter with Carcharadon carcharias, the Great White Shark.”

So just how low are the odds of you encountering a great white? Statistic show that there is an average of 6.9 encounters a year, country wide (many of which are non-fatal). In fact, you are more likely to be killed by a bee.

So the chances of you swimming into a shark are highly unlikely, however that doesn’t stop our city from taking precautions, such as a newly developed shark repellent fence, so to speak. In fact, instead of using magnets or physical barriers (such as shark nets that have proven to be hazardous to all marine life), the new system uses an active low-power pulsed electronic field in sea water.

If you are not familiar with our flag safety system, now is your chance to familiarize yourself with it. Basically we have men and women called, shark spotters, these noble citizens are scanning our oceans daily from above, to look out for signs of great white activity near our coastlines. If any activity is spotted, they signal down to our beach patrols, who then raise an alarm and also manage the flag system.

Green – Waters are safe no sharks in the area

Black – Visibility is poor, we are not able to spot sharks.

White – Shark is in the area, do not enter water.

With these measures in place, along with the fact we do not go more than a couple meters offshore while learning how to kitesurf, you would be (in my opinion), ‘extremely lucky’ to see a great white, naturally during your stay here in Cape Town.

All these things aside, the ocean is home to many living organisms, including sharks. It is one of the last truly wild areas left on this earth, we should know we are all guests upon entering the oceans waters. Use it, but do not abuse it, (and there will be no reason for a great white to put us in check ;). 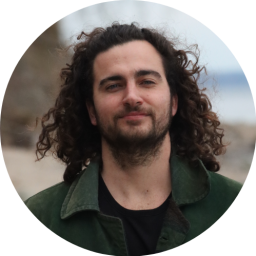